A mobile application for the football club. 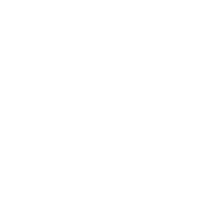 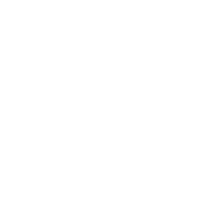 FC Shakhtar of Donetsk is one of the most decorated football clubs in Ukraine, twelve-time Ukrainian Premier League Title Holders, thirteen-time Ukrainian Cup Winners, eight-time Ukrainian Super Cup Winners, 2009 UEFA Cup Winners and regular participants in the UEFA Champion League.
‍
According to the philosophy of the brand, knowledge is a source of growth and development. The company writes it’s new history by applying the knowledge and experience of the many generations of its players, club staff and fans by utilizing the best minds in every field from all over the world.

In order to unite the community of the brand and bring fans of “Shakhtar” all over the world together, the company has developed and launched self-titled mobile applications for Android and iOS devices. By using these applications end-users can stay up to date with the latest news, activities and buy tickets for the matches. 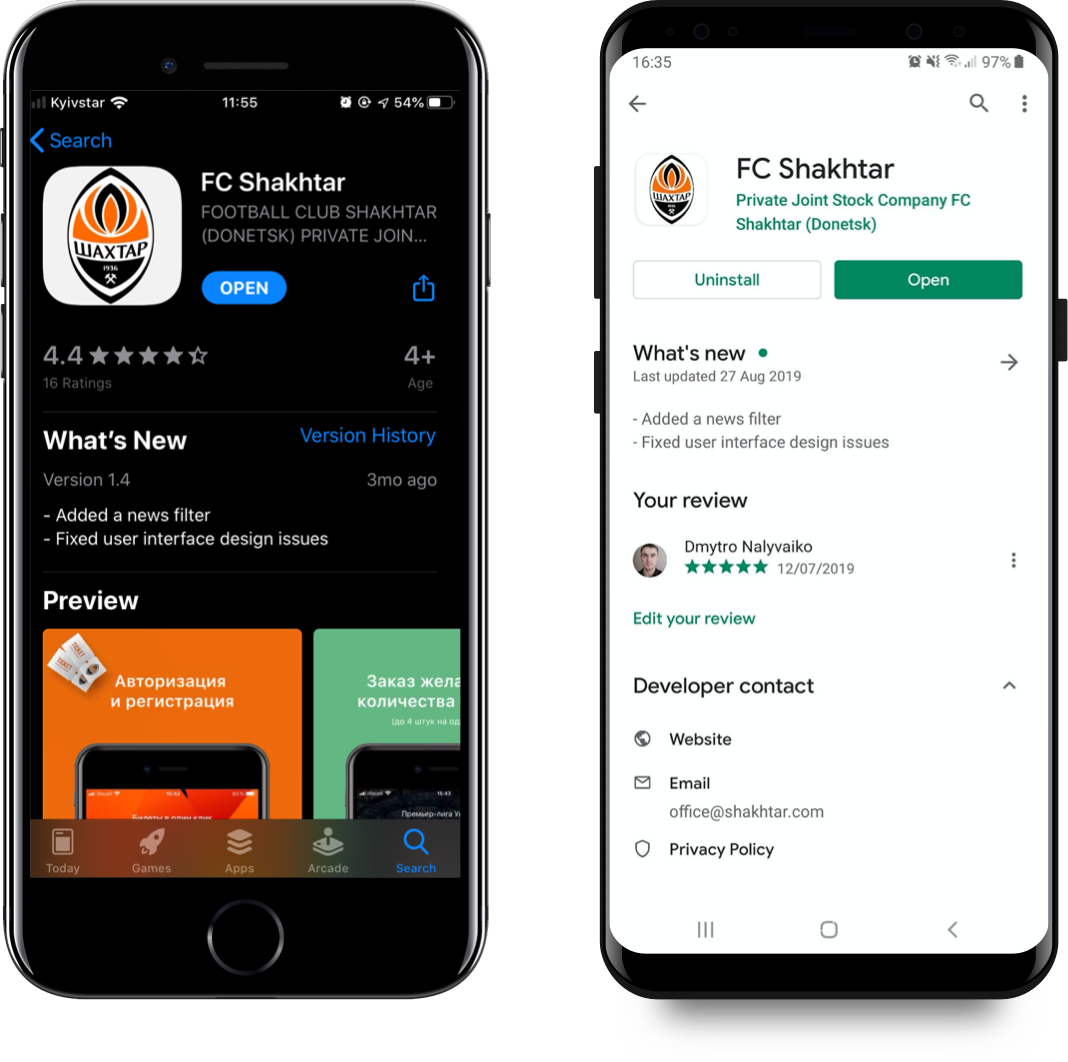 When the first stage of work on the application was completed, the client was confronted with business challenges such as:

Successful achievement of the previously mentioned goals was geared towards increasing the convenience of application use for existing users as well as attracting new ones.

It was at this stage that Axon entered the game. Working in conjunction with the client’s Back-end team, our mobile application developers and UI/UX designers brought the following ideas to life:

The new structure of the timeline.

We have created the new structure of the timeline. Users can now find out all news collected from all social media platforms in one app. 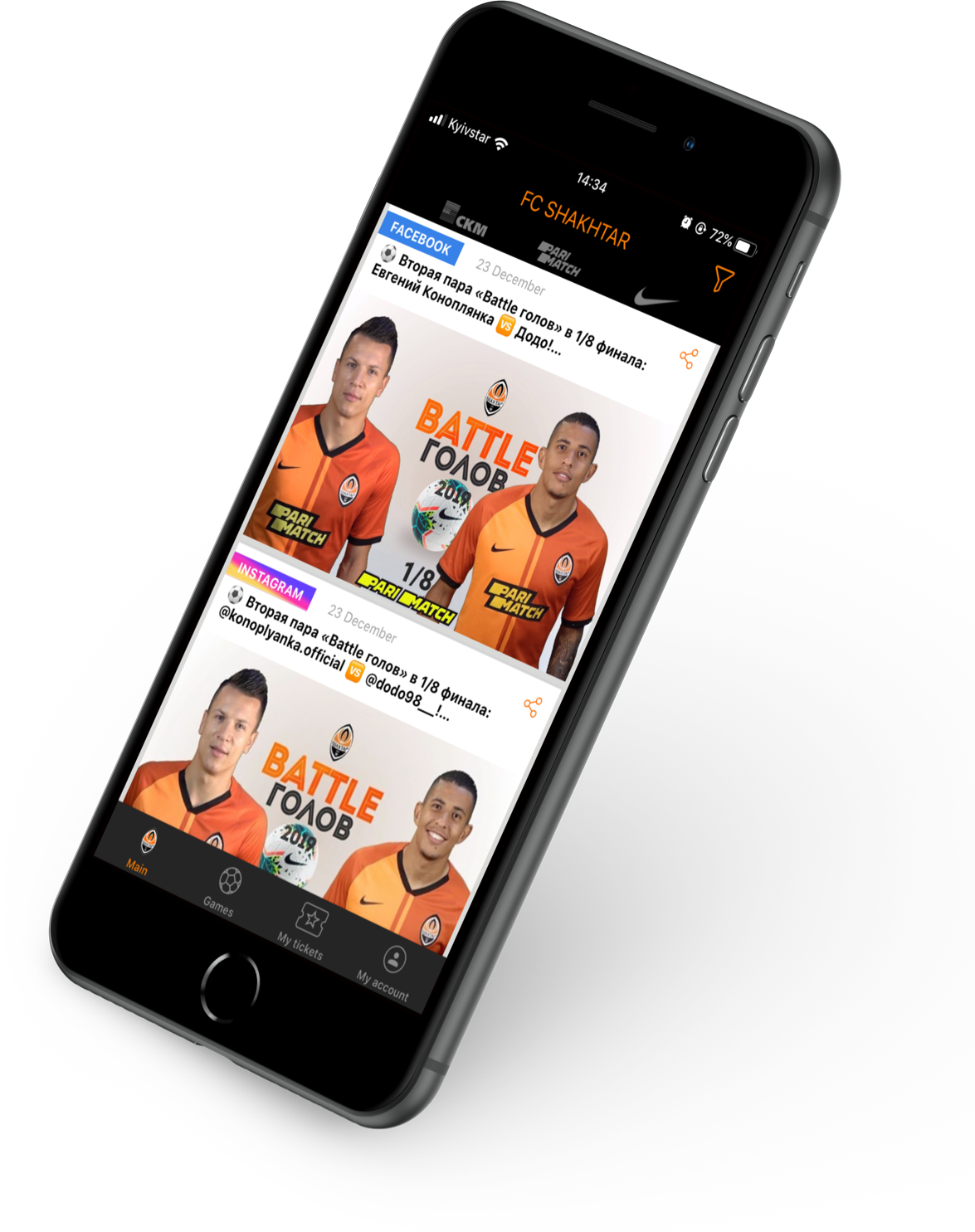 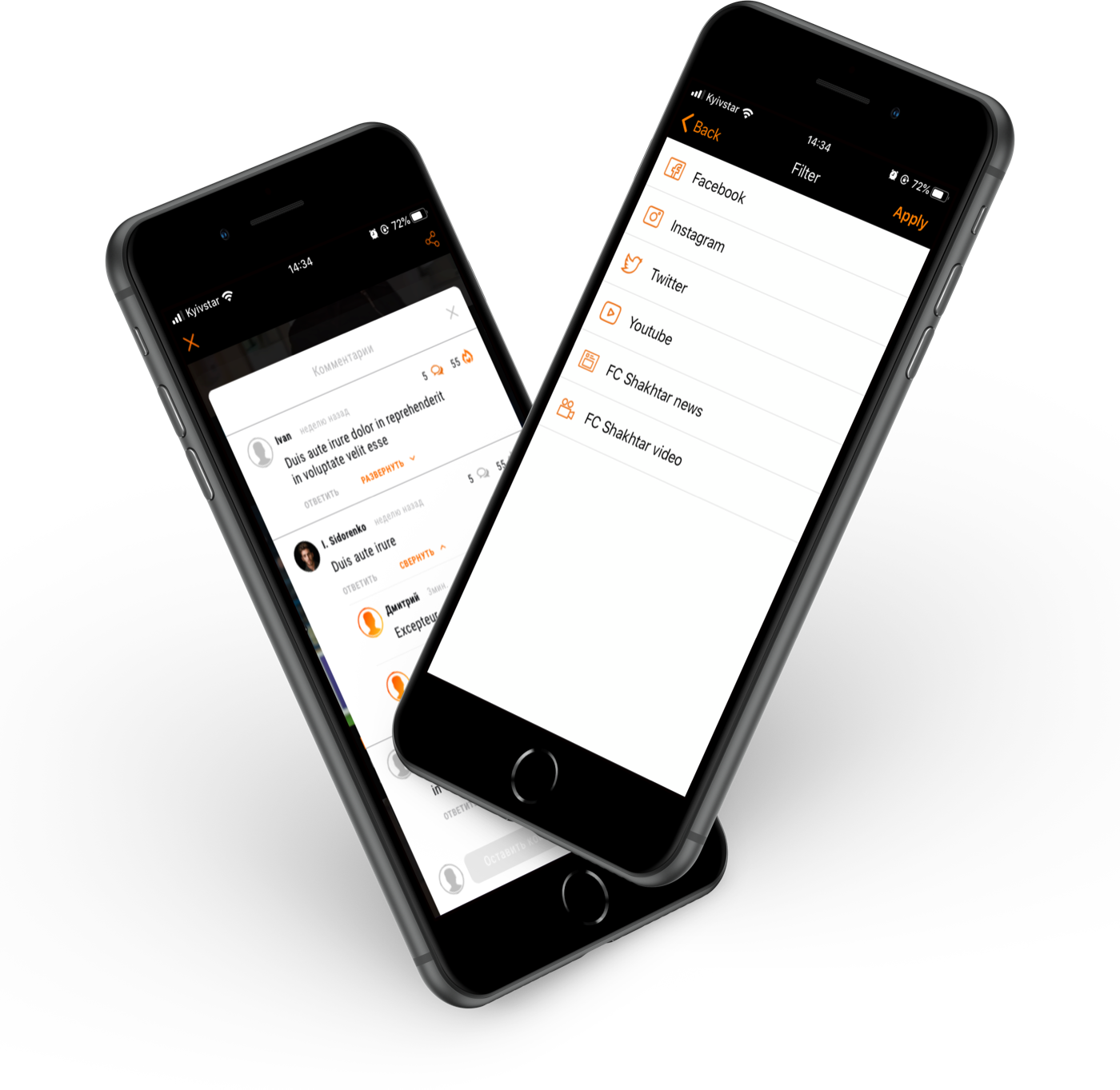 There is also filter function available, so users can also filter news for each social network and leave comments.
Now users have the possibility to buy premium subscriptions and get access to selected categories of content.

Owners of premium access can receive news about special club’s events or, for example, get messages from team members. 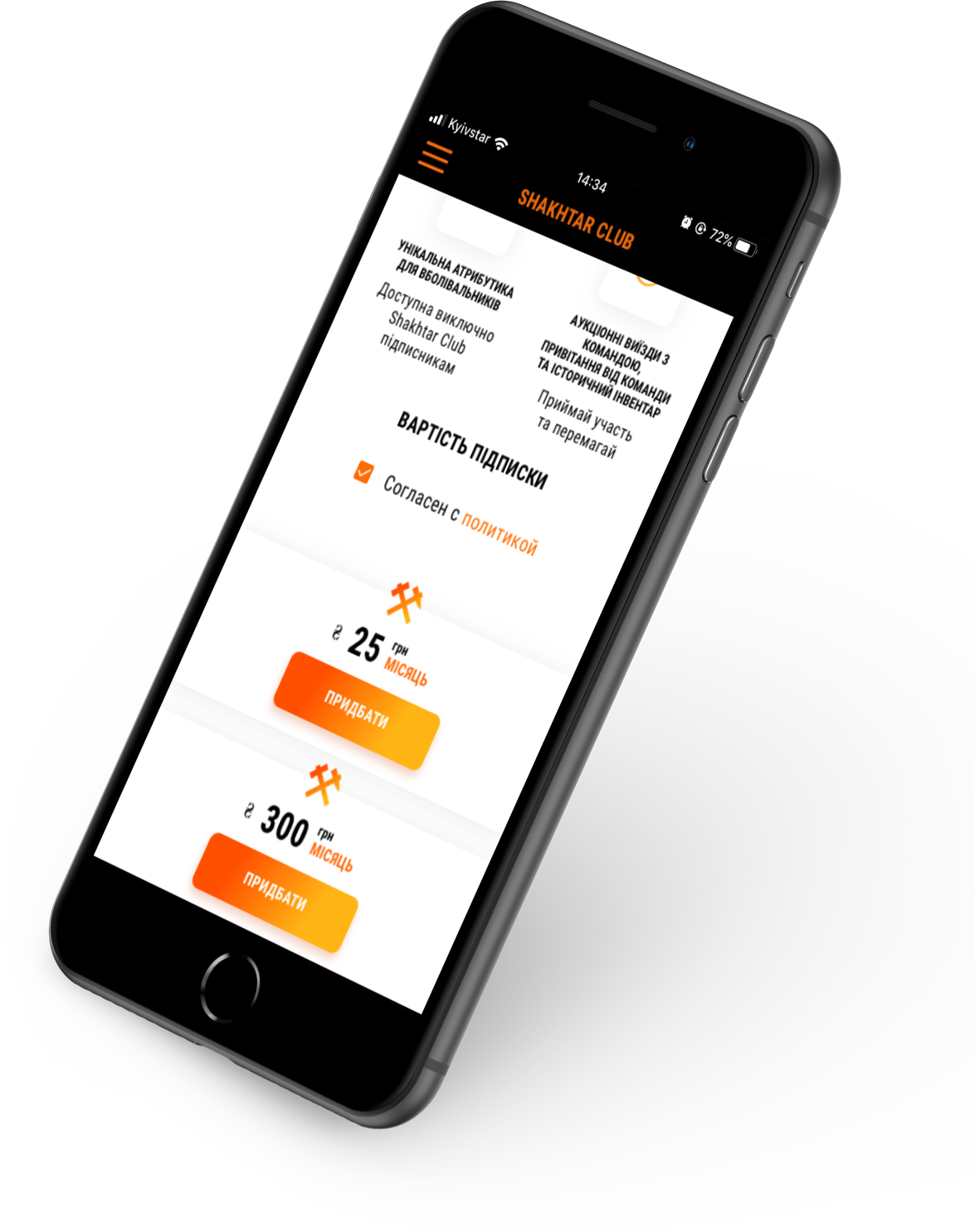 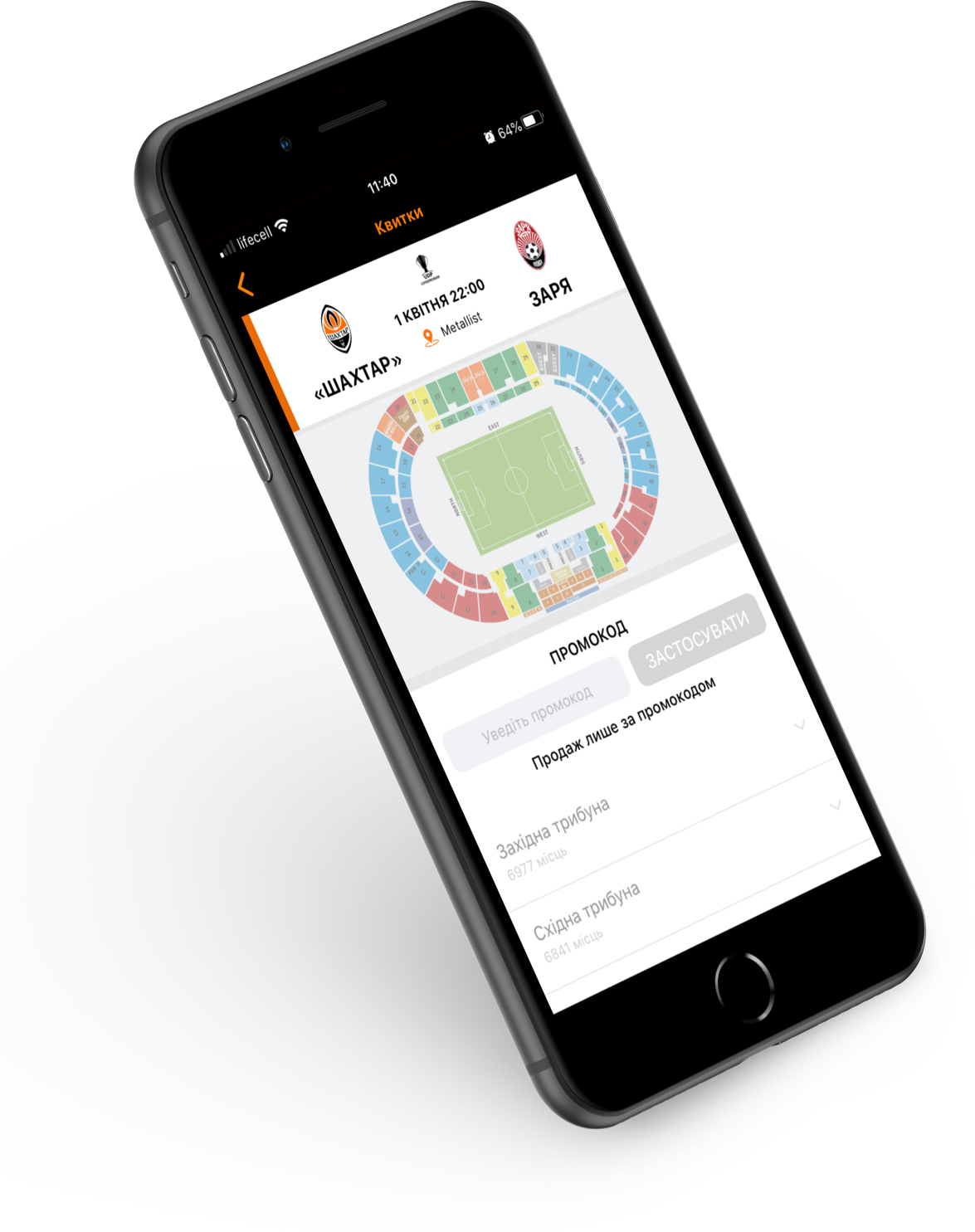 The real killer-feature for sales stimulation. Users have the ability to purchase tickets for matches with discounts by using promo codes.