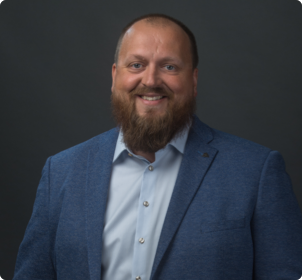 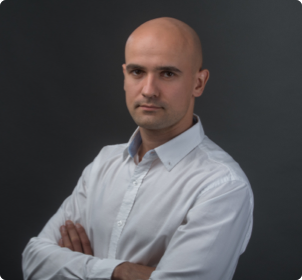 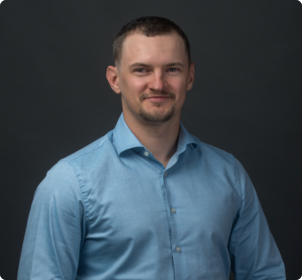 Nowadays software development has become a significant part of the world’s economy. Its evolution and pursuit of efficiency have generated new approaches to software development. Evolution of such approaches has created challenges not only for software engineers that have to evolve with industry all the time but for the business people as well.

In order to be efficient business has to be aware of which technology to use and when. In this article, we will provide an overview of the pros and cons of using one of the cross-platform mobile development approaches - specifically React Native technology. Let’s delve into it from a business perspective.

Before starting the initial analysis we have to lend context and perspective to the mobile development approaches so you may have an unbiased analysis of the whole picture. What is the difference between native versus non-native development? To answer this question we’ll go step back and look at - Apple, Google, and Facebook. ‍

What is Native App Development?

In simpler terms, such vendors as Apple and Google have hired software developers that created special tools. These tools interact with mobile phone hardware and simplify these interactions. Other developers, that are then hired to build your app, use these tools to build mobile applications.

The vendors normally keep in-house software development teams to support those tools by releasing new versions and thereby keeping the investments and infrastructure together. Basically, these tools are the native application programming interfaces (APIs) for mobile app development and this is precisely why such an approach is referred to as “Native”.

What is React Native?

At some point in the evolution of mobile software, Facebook decided to develop its own cross-platform development approach - React Native. They created their own proprietary tools in much the same way as Apple and Google did but, on top of their native APIs.

Basically, Facebook created an additional API that simplifies the interaction with both native APIs and allows them to develop applications for both platforms Apple (iOS) and Google (Android) using one code base instead of two. That is why it is commonly referred to as “cross-platform”.

Pros and Cons of React Native

Now that you understand the basics, we can dive deeper into the comparisons by analyzing the pros and cons of React Native and figuring out when to use each mobile software development approach.

The primary point and attraction of the cross-platform mobile app development lies in the idea of one developer for both mobile platforms. The React Native developer is an engineer that delivers a product with one code base for both platforms - iOS and Android. This idea is applicable only if the product does not include features with specific or custom tools.

The reason have we chosen to specify the exact usage of custom tools? As previously mentioned the basic tools for React Native development were delivered and built on top of the native API foundation used by Facebook.

After that, the React Native project went into open-source development. It means that it now is the development community that must support and deliver new components and tools. This is one of the issues related to using the React Native approach for your product. To figure out why let's take a closer look.

Despite the fact that React Native technology is relatively mature it has gaps in tools that haven’t been developed or are currently under development by the community. It means that if your future product has some specific idea that requires one of the components that is not ready - you will have to invest additional costs to develop such a tool.

Because React Native is basically a wrapper on top of the native APIs, to develop a custom component you will need to involve an engineer that understands three technology stacks - Android, iOS and React Native. The key point here is that the developer must know the syntaxis and development approaches of both APIs of Apple and Google in order to build a React Native wrapper on top of them. Also, if you have to update some existing components, an engineer with the same qualifications may be required.

Your developer has to understand all three stacks which may become cost-prohibitive from an engineering viewpoint. This is a camouflaged issue that you may encounter when your contract is signed, the team is assigned, and probably after you have already received the first deliverables.

User interface and its behavior

Another interesting and unaddressed issue is the behavior of the user interface (UI). Native approaches dictate the way the UI must behave. The rules and recommendations which are declared in relevant user guides are provided by vendors and Google and Apple that have invested heavily not only to the technical side of the question but have particular attention to how a user interacts with mobile applications.

Apple is especially strict in their user experience (UX) requirements. Specific habits are then formed based on what users are accustomed to and expect exact behavior that is relevant to all native mobile applications.

Aside from this, you may overlook some issues during the internal testing of your product but the target audience will not gloss over it. Your target audience is used to native behavior for mobile phones.

As previously indicated React Native is a wrapper built on top of native APIs provided by vendors such as- Google and Apple. This only increases and underscores the overall complexity of the system. To support this system an engineer has to understand all three stacks but their resultant side effects are based on the complexity that we’ve mentioned, so let’s get to the point figure out what it is.

During the React Native evolution, the community releases new versions and the newest version is quite often not backwards compatible with previous ones. This is actually relatively insignificant if you have a stable team of developers that understand every stack, knows your product and provides updates in a timely manner.

But if you lack such a team and the one that you’ve engaged to develop the product is already reassigned. Then you may miss several API updates and everything will seem to be fine initially- the product works and the users may encounter some trivial, non-critical issues here and there.

Profitable option for your business

If you are using React Native and the previously described pattern looks familiar to you, be prepared for cost overruns if you decide to add some new product features. The reason here is also unseen and not obvious for a business person but it is present. Due to the complexity that we have mentioned the system is less stable compared to the API updates.

Consequently, if you have missed several versions, you will have to expend more in terms of cost and time to update your product to the latest version of API and implement new features after that. Yes, this is relevant for native API as well but Apple and Google have made a huge investment in their platforms` tools, environment, and users’ experience and are significantly ahead of community open source solutions like React Native.

As a result, native APIs are more mature, stable and always evolving and also more predictable and easier to support during a product’s lifetime.

When deciding to pursue a mobile development approach for your next big idea make sure that you have considered every contingency such as custom components, user interface behavior, user experience and future support of your mobile application. The cross-platform mobile application development approach is a good choice when you have no unique components and all you need is to do is to check whether the idea is worth attracting investment. Once you have done it successfully, move to native APIs in order to receive more predictable and cost-effective life cycle development and support for your product.